Shamrock and Other Words You Will Hear in Ireland

Shamrock and Other Words You Will Hear in Ireland

One of the most delicious accents of English around the world is brought to you by Irish people. You are welcome. Year after year, it is being voted high among the sexiest accents on the planet (along with the Scottish, our unstoppable competitors, and somehow – Italians). Should you spend more time in and around Ireland, you will definitely notice that in fact, there is no such thing as ‘the Irish accent’. It is more of a whole weird family of accents competing for the title of the most incomprehensible one. Take a train ride from Dublin to Belfast and you’ll hear the difference.

Besides the Hiberno-English, Ireland has its own language, Irish Gaelic, spoken by several communities in the southwest, west and northwestern coast. Ireland has quite a complicated relationship with its historical native tongue, of which I will probably write another time. But some of the greatest English words in Ireland come from Irish Gaelic.

Let us start with Sláinte (s’lawn-che), the word for ‘Cheers!’ you will inevitably learn on your first night out. Sláinte literally means ‘health’ in Irish, and health is exactly what is supposed to be flowing down your throat with every pint.

What else’s good for your health, is ‘the water of life’, uisce beatha – that’s how we call whiskey in Irish, for obvious reasons. Illegally produced and distributed whiskey back in the day was called síbín, which led to the English term ‘shebeen’ for an illicit establishment that sells such produce.

Craic (crack) in Irish Gaelic stands for ‘fun’, and here it is absolutely acceptable to use the word ‘crack’ around police officers. Which, by the way, are not called ‘the police’ at all, they are Gardaí, or guards. 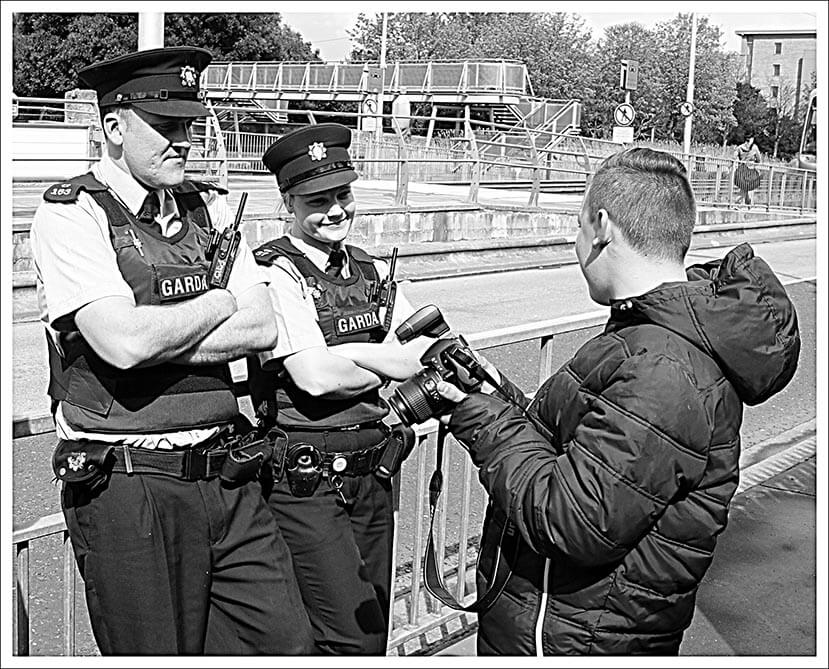 Now, eejit is how we spell ‘idiot’ both in oral and written form. No need to be offended when somebody calls you this. In many many cases, ‘eejit’ is a very acceptable form of endearment and friendliness. We love you, ye big feckin’ eejit. ‘Feckin’ is a smarter version of the f-word, aptly used by all generations.

Shamrock is our word for Ireland’s national plant, the clover. It comes from the Irish word seamróg, ‘little trefoil’. Note that the ‘shamrock soup’ recipe does not actually involve any shamrock, but still makes for a great St Patrick’s Day hangover treat. We do not use shamrock for any specific purpose, it just grows out there and feeds the cows. We’ve got a whole slew of cows and sheep all around the country. The word ‘slew’ is used to denominate a very large quantity of beings, a crowd, and comes from the Irish slua, ‘crowd, host’.

As you may see, a whole lot of words in Hiberno-English come from the inability of English speakers to spell Irish. Irish go leor, ‘enough’, turned into the English ‘galore’, and Gaelic slua ghairm, ‘war cry’, was adapted to English pronunciation as now common word ’slogan’.

Some words do not simply come from phonetical adaptations, but have a whole story behind them. Such is the word ‘boycott’, for example, which originated in 19th century Ireland, when the Irish Land League began advocating for better conditions and cheaper land lease for farmers. One of the first targets of their protests was a land agent, Captain Charles C. Boycott. The protesters stayed in front of his office, driving away customers and employees. Very soon, the English and Irish press picked up on the issue and started using the agent’s eponymous last name in similar cases.