If you ever get tired of the Fair City and want to spend your weekend exploring Irish history, mythology and place names, consider hopping on one of these day trips from Dublin: 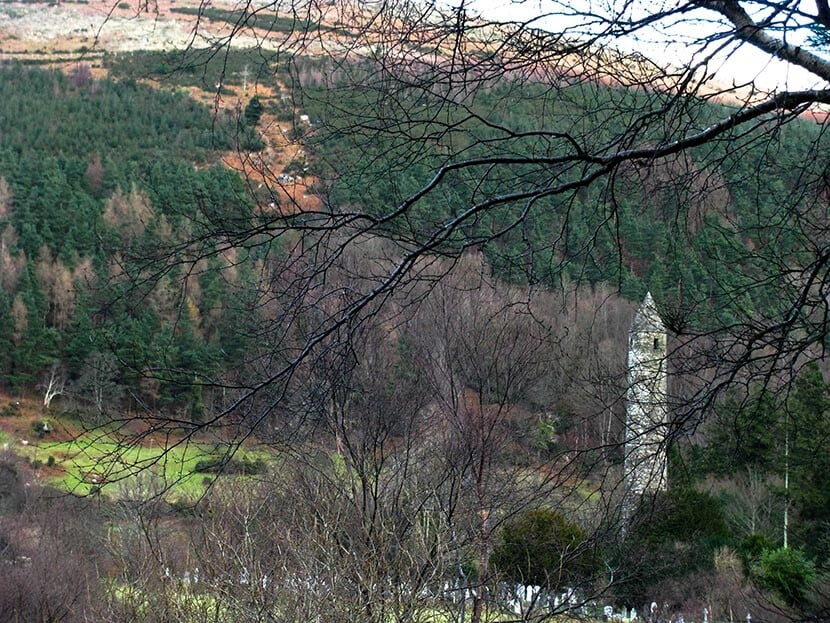 There are many reasons to put Wicklow Mountains National Park and Glendalough on top of your list of day trips from Dublin. If you ever watched the Academy Awards nominated animation ‘The Secret of Kells’, you might remember the tall pencil-shaped tower of the monastery where young Brendan spends his creative days. Yes, it is real, and it is Glendalough – the most magical place in Ireland, which also happens to be one of the most popular destinations for a same-day return trip from Dublin. Back in the 6th century, this place was an important monastic settlement, submerged in the tranquility of the surrounding forest – that is, until the vikings came and burned it to ashes. Its name in Irish, Gleann Dá Loch, means ‘the valley of two lakes’, and in the Wicklow National Park you will find not only mirrors of lakes and cascades of waterfalls, but abundance of birds and mysterious sounds emerging from the woods. Glendalough’s scenic nature and medieval architecture made it quite a popular filming location. If a few years ago it was mostly known as the romantic setting of ‘P.S. I love you’ and ‘Braveheart’, most recently Ireland heard a casting call for hairy men and wild-looking women to act as extras in the award-winning history TV series ‘Vikings’, with much of it filmed in Glendalough and around Co. Wicklow. 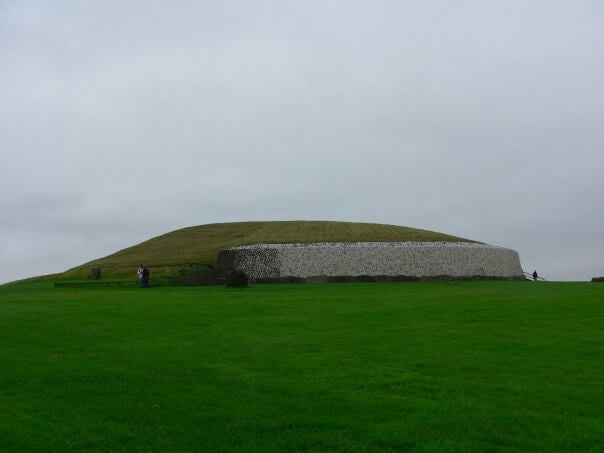 Newgrange, or Brú na Bóinne, is one of the most important prehistoric monuments in Ireland, a UNESCO World Heritage Site, conveniently located just about 40 km from Dublin city, which makes it a perfect day trip. You’ve probably seen it on pictures and postcards, an enormous green mound encircled by a wall of white stone. Archaeological evidence shows that the site of Newgrange has been populated for at least 6,000 years, and served both residential and ceremonial purposes. Newgrange is built with its entrance facing east, so that every winter Solstice, early morning of December 21st, the passage that leads to the central chamber of Newgrange gets illuminated by the rising sun and fills with orange light. In order to catch this magic occurrence, you have to be among the lucky few who get randomly selected in the annual Solstice Lottery. In case you didn’t know, the real Hobbiton is not a prop town in New Zealand. It is here, in Knowth, a group of smaller mounds near Newgrange that only lack round doors to fully resemble Bilbo Baggins’s hometown. While you’re in the area, also make a visit to the Hill of Tara. If you ever laid your eyes on the book of Irish epic tales, you would have heard about it as the seat of the High Kings of Ireland. The cylindric coronation stone, Lia Fáil, or Stone of Destiny, leaves little to imagination, and makes for a great selfie background. 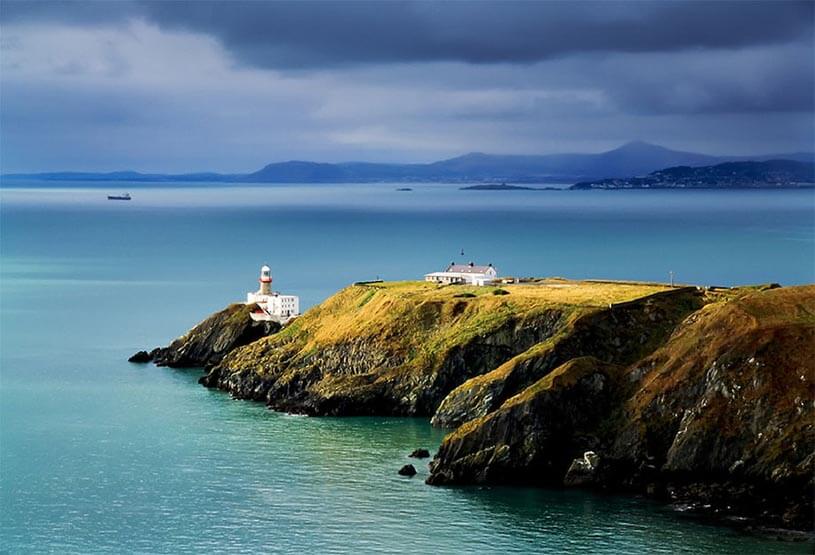 Technically a suburb of Dublin, Howth is a full outdoor experience in proximity to the capital – you can easily reach it with city bus or DART. The ones who are lucky enough to live in Howth can enjoy the sea view every day, while for simple mortals like you and me Howth is a nice hiking route among the rocks and heather. In mythology – and yes, every place in Ireland has a legend behind it – Howth was connected with the heroic figure of Finn Mac Cumhaill. But another epic person who visited the place and left her imprint on the local history, was Ireland’s magnificent pirate queen Gráinne Ní Mhaille. It is said that she was once paying a visit to the earl of Howth castle, but he failed to provide her due hospitality. Without much thinking, Gráinne kidnapped his grandson and demanded, as a ransom, a promise that no guest will ever be denied hospitality at Howth castle (http://howthcastle.com) anymore. The same family has owned this place since 12th century, and although the inner premises of the castle are closed, its gardens are usually open for the public. 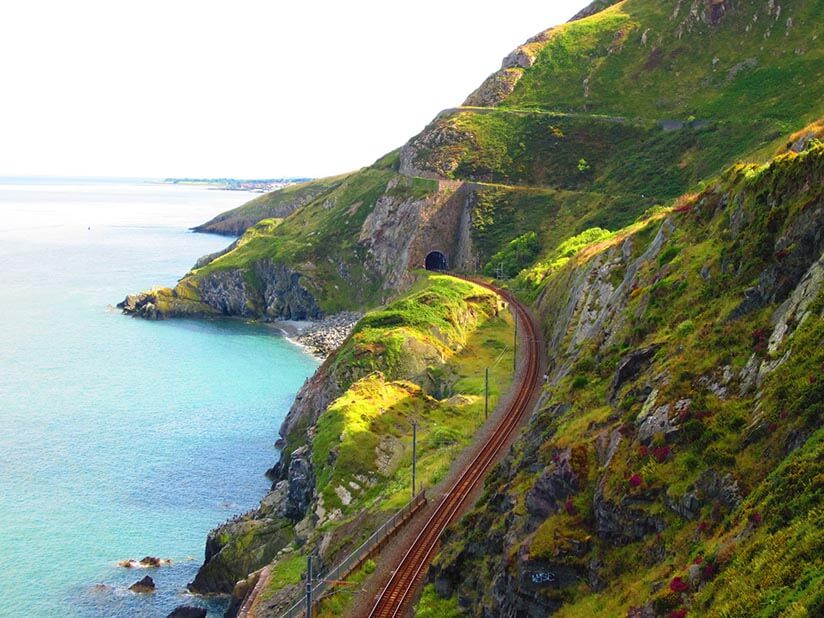 For more hiking and panoramic views, Bray is a perfect town to spend a day outdoors, enjoy the colour green and not complain about the weather. Take a DART from Dublin to Bray or Greystones and walk the trail between the two along the cliffs, and scramble up the Bray Head, a hill at edge of town with white stone cross on the top. Bray is especially great if you are into festivals: for Saint Patrick’s Day (17th of March), there is a whole bunch of cultural, boozy and noisy events going on in Bray, and between April and August you get film festivals, jazz holidays and summer music raves in the area.