Suitable for:
Groups with a mix of different interests, extended family group, group of couples, those who need to sit/rest often, those fearful of a rainy day.

A perfect set up for those who want to make the most of their time in Dublin by combining sightseeing with a visit to a couple of pubs.

If half of your group wants to have a beer and relax and the other half wants to explore the city, this is the perfect tour for you as it combines elements of a sightseeing tour with elements of a pub tour. We’ll enjoy a 4hr walking tour, sightseeing for an hour before popping into a pub for 20-40mins, where you’ll learn about Northern Ireland as you sit and enjoy a lovely pint of Irish beer. Satiated and rested, we’ll head out into the city and explore more attractions until the thirst takes us again. You sip on your Guinness whilst listening to your guide explain the uniqueness of the beautiful Irish language. And we can continue on again from there, or if it starts to rain, we might stay put and have another!

This tour normally includes two pub stops, but you could add more if you’d like (if so, make sure to read about our Pub Tour before deciding). Besides the history lessons, you’ll learn about beer, the Irish pub, as  well as partake/witness in an activity that the Irish are renowned for – conversation. It’s a tour that keeps everyone in a group happy. Those who want to get out and explore the city as well as those who just want to sit and relax in a pub will all be satisfied by this balanced tour. 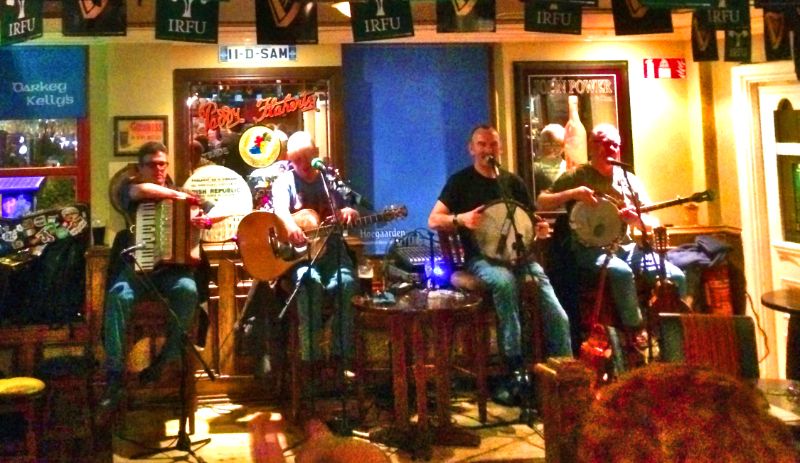 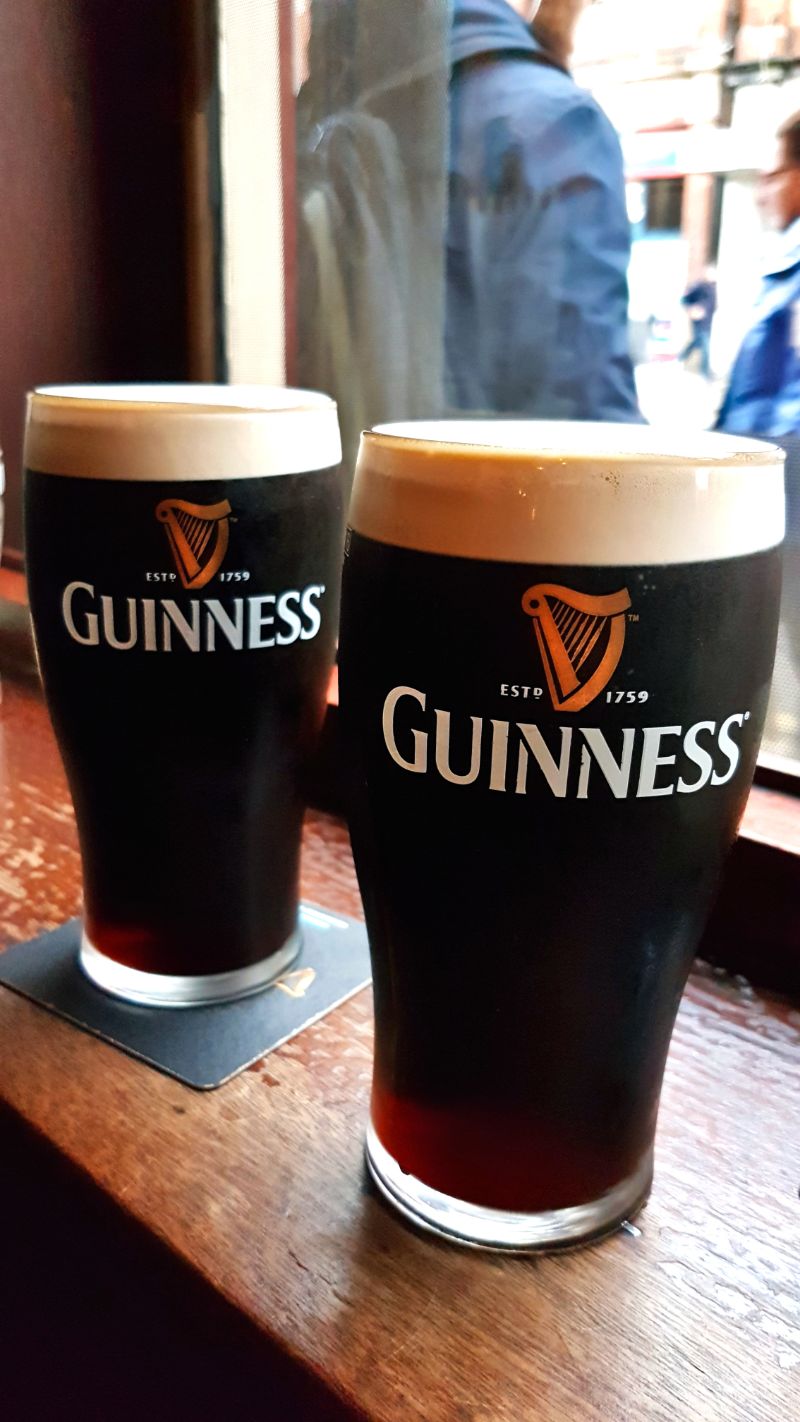 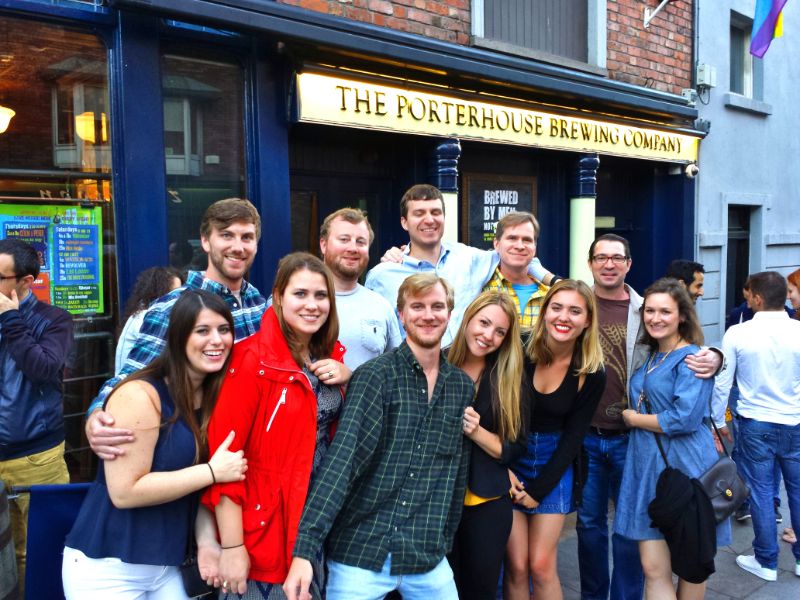 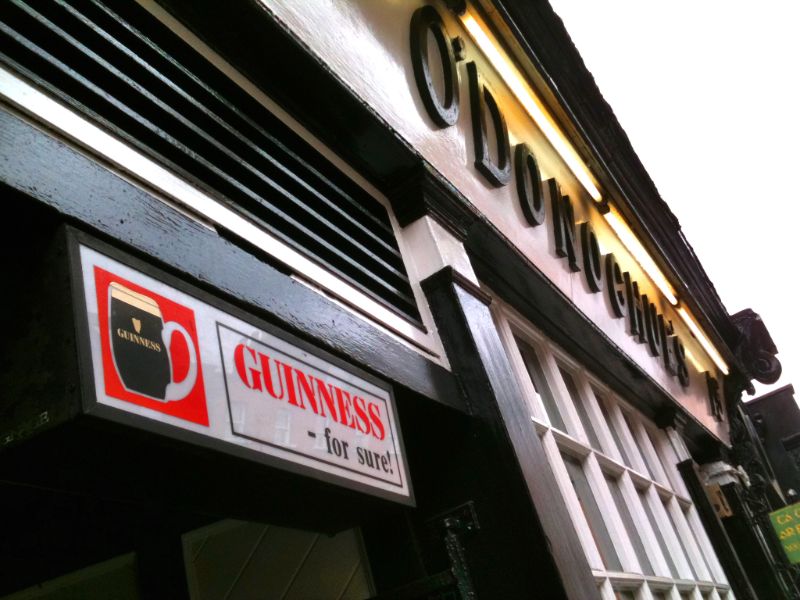 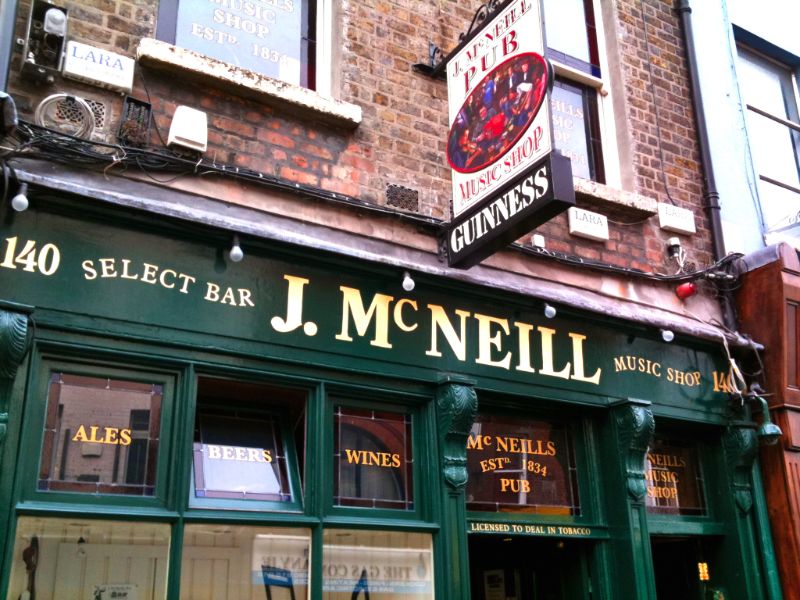 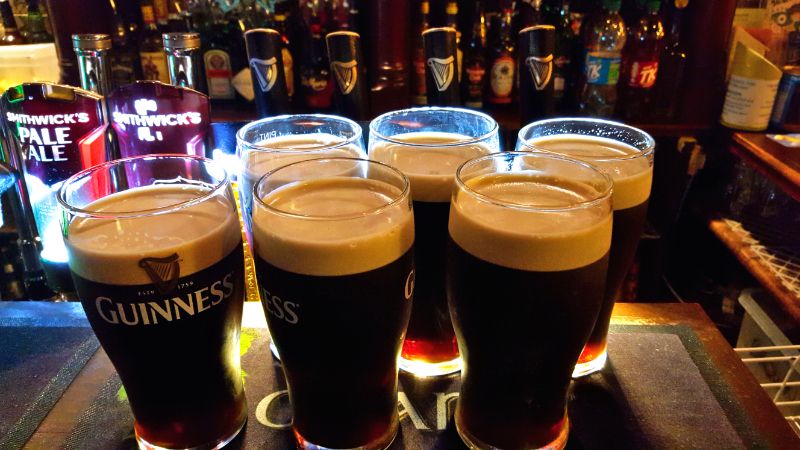 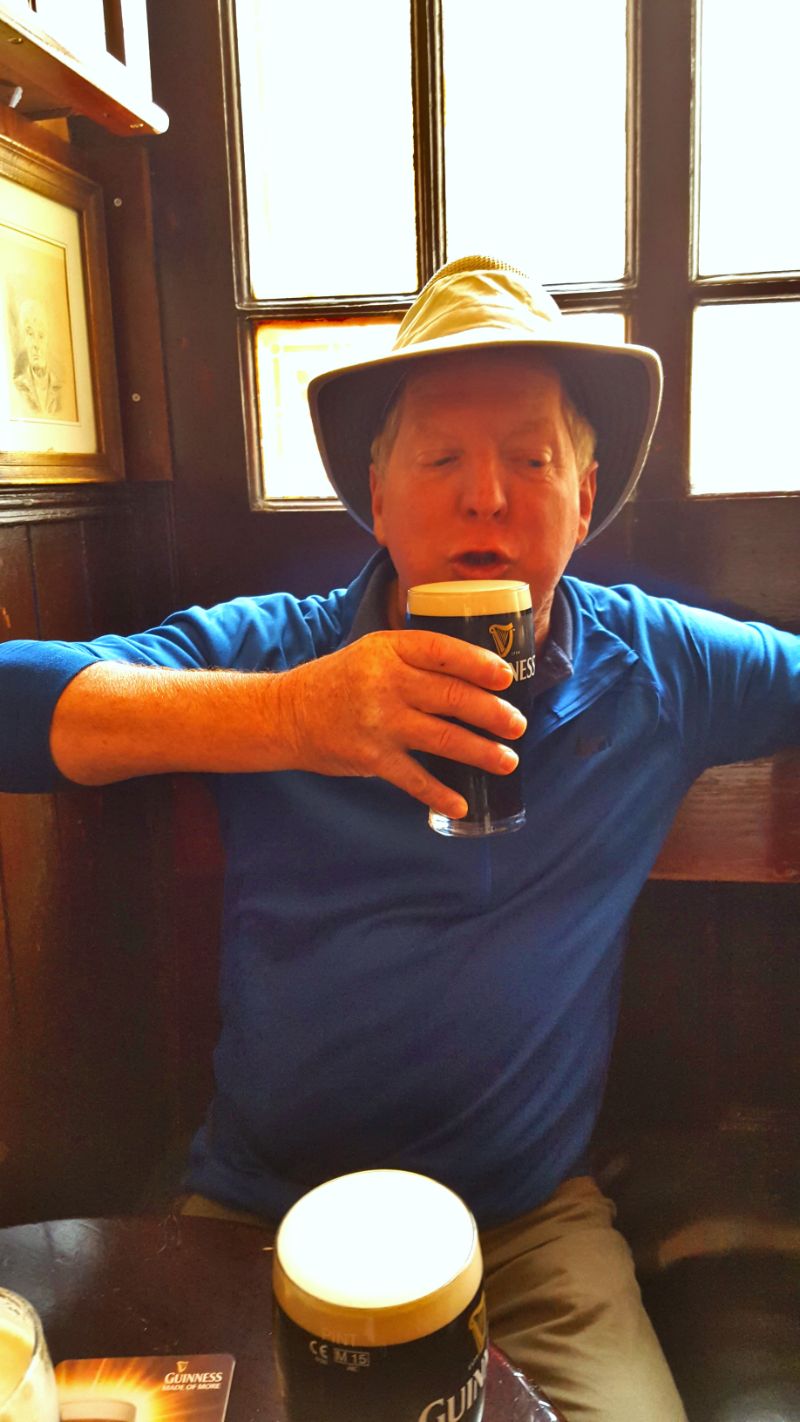 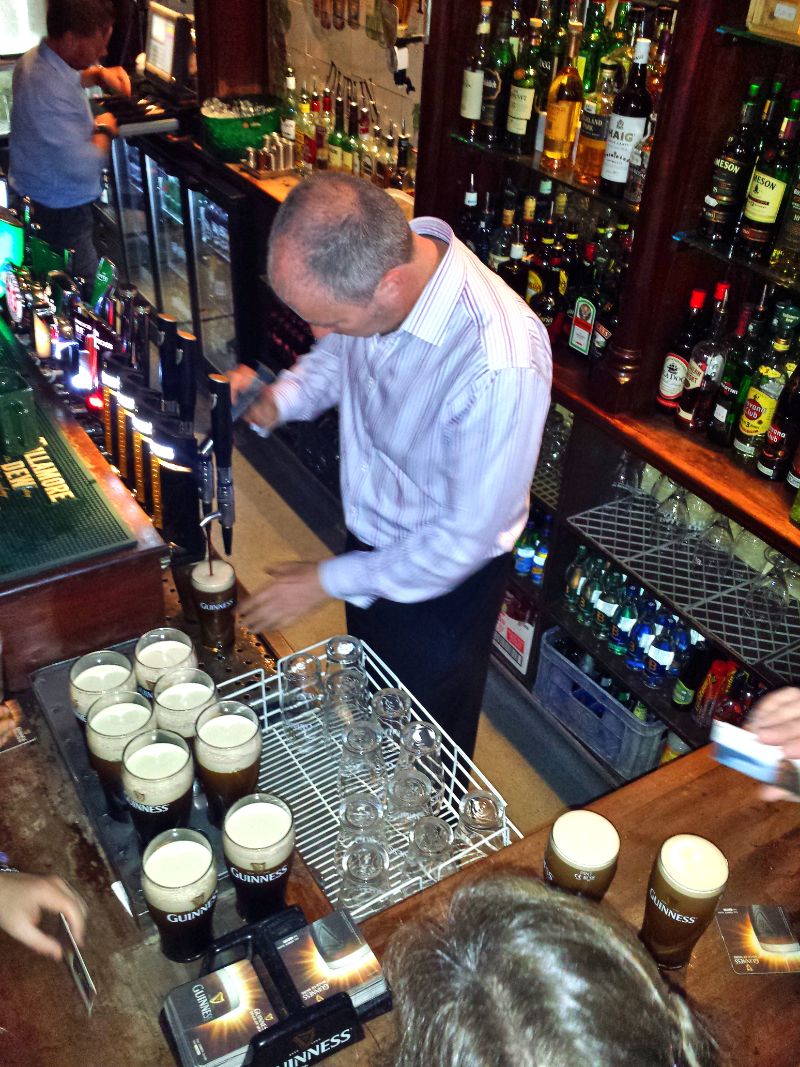 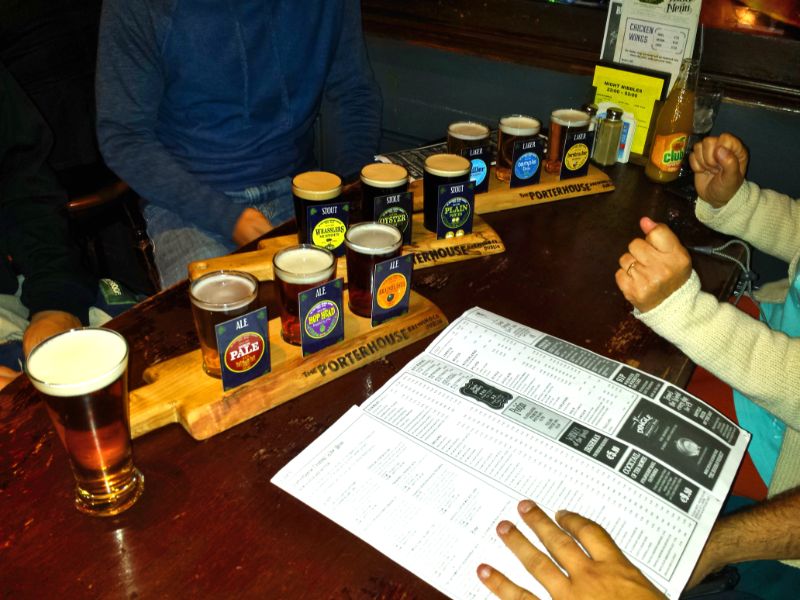 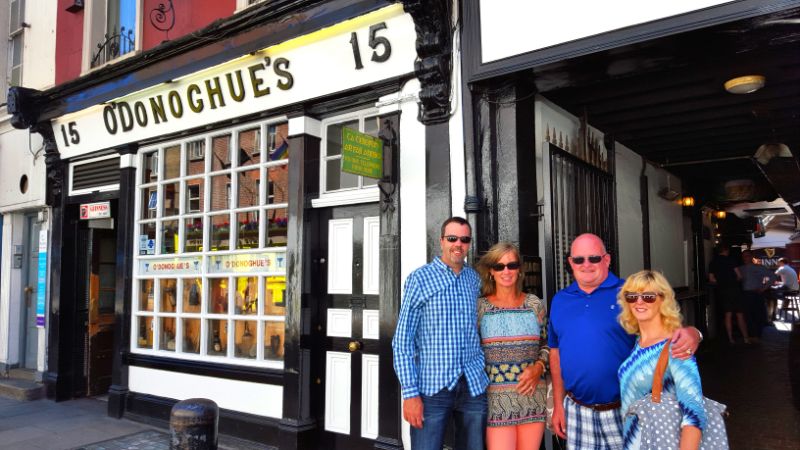 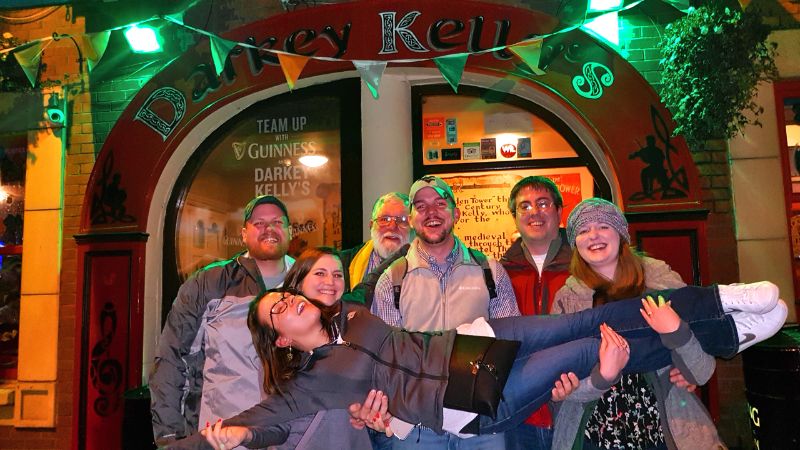 “We took my son and his friend [who] were not interested in doing a lot of traditional tours because they wanted to “have fun”, but they agreed to do the Sights and Pints Tour. We walked all around the city and Garvan was flexible in the schedule, which we really appreciated since we had only a short time in Dublin to see certain things. Overall, Garvan is SUPER knowledgeable and can share facts in a fun and interesting way……and he is really funny too! His flexibility and knowledge was a real treat for us because it made the tour more authentic and not rehearsed. We really had a great and fact filled day with Garvan and both the boys and my husband and I thoroughly enjoyed the tour!”

Sights & pints
“Our first trip to Ireland, and this couldn’t have been a better tour! John was like a long lost uncle showing us through the city. He had the best stories, answered all our questions and stopped to take all our pictures. Best tour ever. Thanks! We can’t wait to come back and visit again.”
Tracey T – January ’19

“This is the 2nd tour we’ve taken with This company and is did not disappoint. The 1st time we were guided by Garvan and this time we had the pleasure of spending an afternoon with Carl. What we liked is that they both are extremely professional and knowledgeable, but each has their own unique style and personality. We saw some different things with Carl that we hadn’t seen with Garvan 2 years ago and Carl offered a fresh perspective on some things we had seen already. It was an overall great tour and we thoroughly enjoyed it again. It was perfect because we had a mix of 1st timers and some that had already experience Dublin, and we were all happy with the tour! Book with Garvan or Carl and you won’t be disappointed!!!”

“Our tour guide, Ciaran Behan was a fabulous tour guide. He was extremely knowledgeable about Dublin and it’s fantastic history. Very funny, very smart, I highly recommend this tour for anyone looking to really get an in-depth tour of Dublin!”

“Carl lead a fun and informative tour. After a quick review of thousands of years of Irish history we went on to see the major sites south of the river and two great pubs including one with live Irish music. Carl also communicated with us prior to our arrival in Dublin to customize the tour to our likes. Overall, great experience and highly recommend the company and Carl!”