Home > General Dublin > What to Do in Dublin with Children, Teenagers, Rascals

What to Do in Dublin with Children, Teenagers, Rascals

What to Do in Dublin with Children, Teenagers, Rascals

Dublin might not be the most obvious choice for a trip with kids: the city among whose main attractions are a beer factory, a whiskey distillery, and a whole quarter dedicated solely to pubs and bars. But you know, kids these days… Still, avoid both the Guinness factory (it’s rather pointless for anyone under 18) and the Book of Kells (it’s a sober, civilized affair unless they’re bibliophiles) if you are travelling with kids. 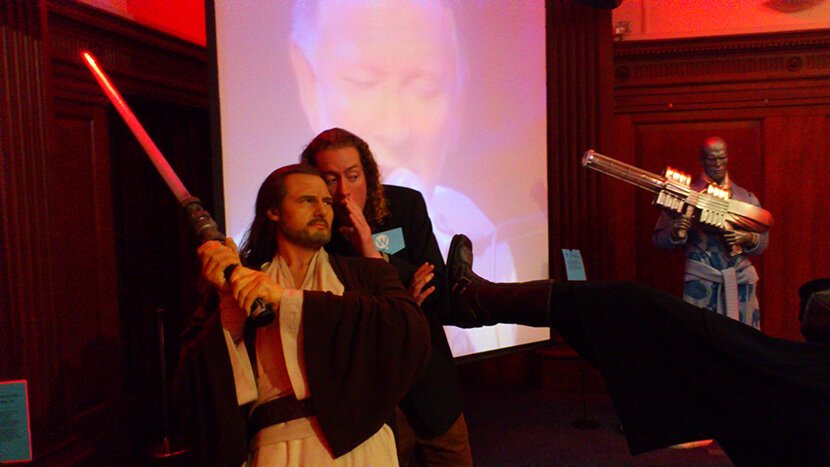 Despite the fact that Dublin does not boast a Disneyland or a Legoland, Irish children do not simply sit at home and dig potatoes out in the yard all year round. Irish countryside is a fantastic place to let your kids run free, scramble on abandoned castle walls, chase the sheep and explore the surroundings. As for Dublin and neighbouring towns, here’s some suggestions:

As you enter the Childhood Museum of Ireland, your eyes instinctively start to search for a magical flask with DRINK ME written on it, just like the one in “Alice in Wonderland” which allowed Alice to shrink in size in order to sneak into the universe behind the tiny door. Tara’s Palace is the centerpiece of this magnificent exhibition, created by some of the finest craftsmen of the country, and here you will also find the oldest dollhouse in Ireland and the British isles, dating back at least 300 years. The museum is a registered charity and all proceedings from the exhibition go to organisations that work with children in need. 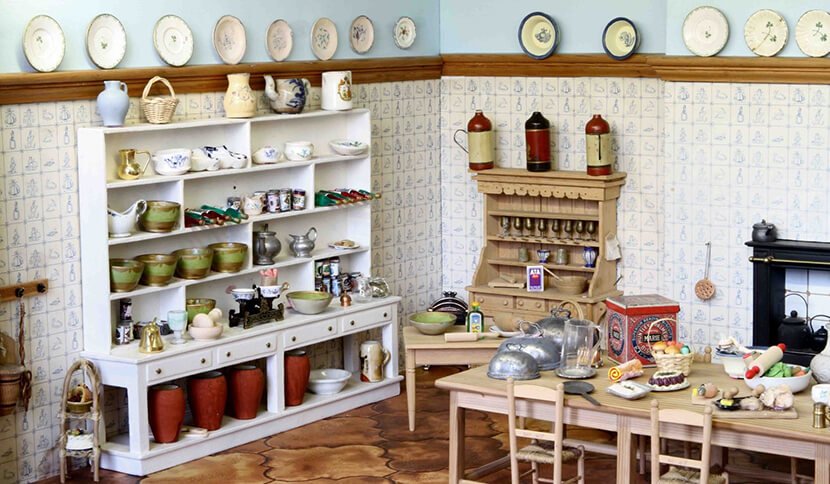 If you came to Ireland hoping for a crock o’gold at the end of the rainbow, seek no more. The Leprechaun museum is not just about the little ginger guy with a green hat that you wear on St Patrick’s Day – this and many more common misconceptions are corrected by your fun and engaging storytelling guide. The Leprechaun museum is where old legends come alive and unfold in front of you with the magic of Irish storytellers. The guides rarely disappoint and the whole experience is enjoyable for kids and adults alike – who wouldn’t want to climb atop a giant’s chair? Besides children’s tours, Leprechaun museum also offers nighttime story telling tours for adults, with rather more twisted and dark side of the Irish folkloric heritage (It’s interesting to note that just outside the Museum you can see the remnants of an old graveyard, disgracefully de-consecrated and turned into a park. Nice place for a spooky picnic, eh?)

Chocolate is for eating, not staring at. Fair enough, but Butler’s Chocolate Factory is not a place where you just watch and do not touch. Dip your fingers into the icing (wearing gloves of course) and become the chocolate master you always wanted to be, the almighty king or queen of delicious milk and cocoa beans. Butlers Chocolate Factory takes your passion for chocolate on a whole new level. 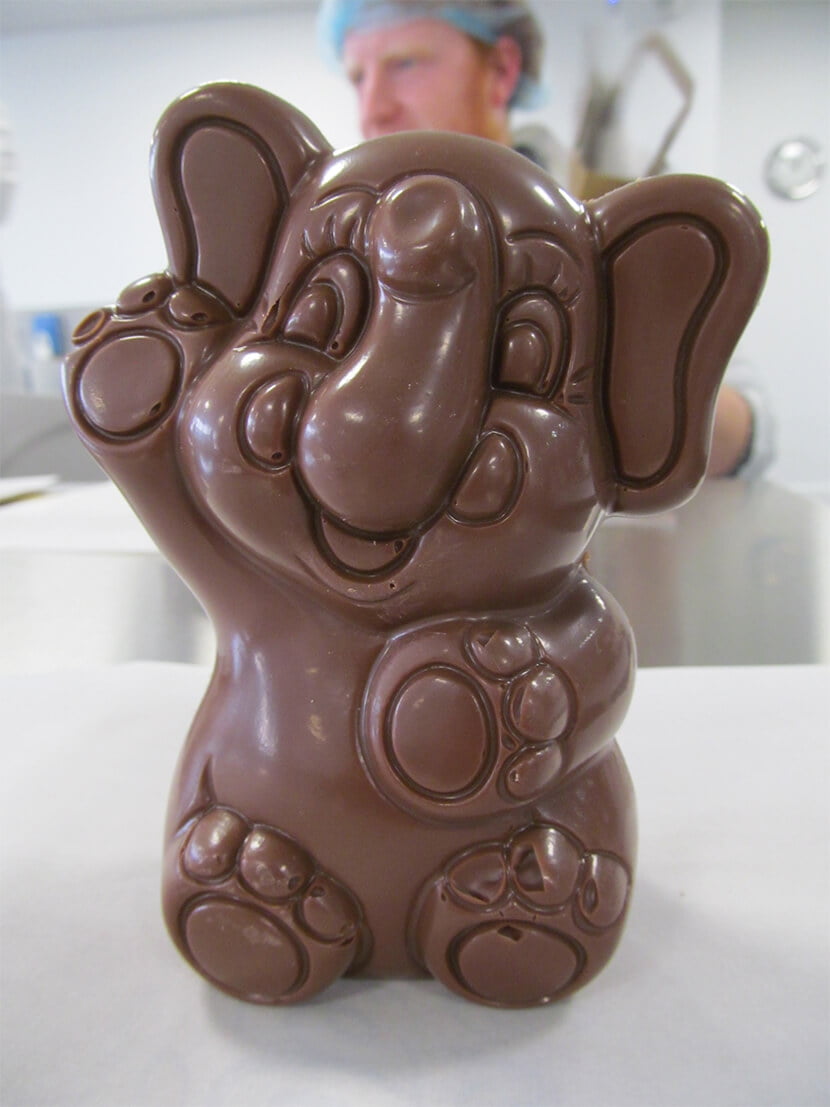 We (Garvan and Maitiú) thoroughly enjoyed our time at the factory: a quick video with the history of chocolate and the brand, followed by a guided tour of the premises where you can look down on the factory workers below as if watching umpa-lumpas in a zoo. No photography allowed in Charlie’s Chocolate Factory in case the evil Mr. Slugworth gets a hold of the secret techniques. Tempted all the way with visions, smells and treats of Butler’s Chocolate, at the end, the highlight, we painted our own artisanal chocolate bear with… you know… more chocolate. 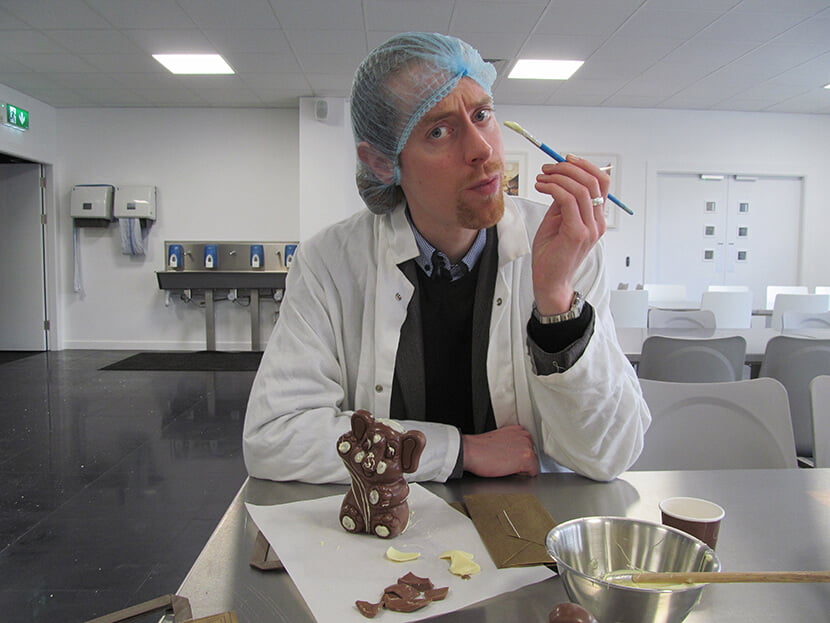 Dublin is probably the least Irish city in Ireland – starting with the fact that it was founded by foreigners, the vikings. Oh well, medieval Dublin was a mishmash of all nationalities and walks of life. To see it with your own eyes, head to Dublinia – the magical time machine that transports you onto the Dublin streets and medieval fairs some 700 years ago. When I first visited this place, fresh from university-taught pedantry, I was aware of all historical inaccuracies. I didn’t find any, which is a great thing to say about any attraction, but especially one that is targeted to kids. Try on the period costumes and attempt to blend in with the medieval Irish crowd. 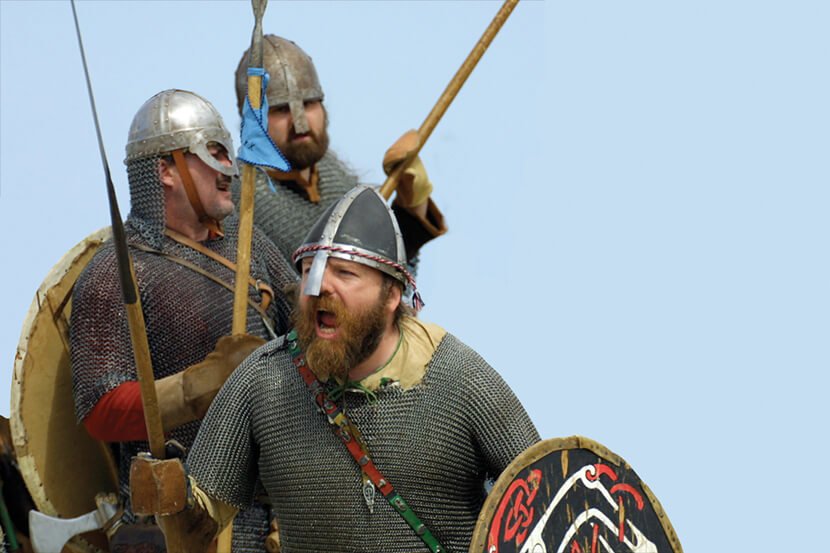 I had a family in Dec ’15 and the two boys were interested in seeing some stadiums, having an interest in soccer. I like to think I broadened their minds by recommending they visit the biggest amateur stadium in the world where Gaelic games are played. 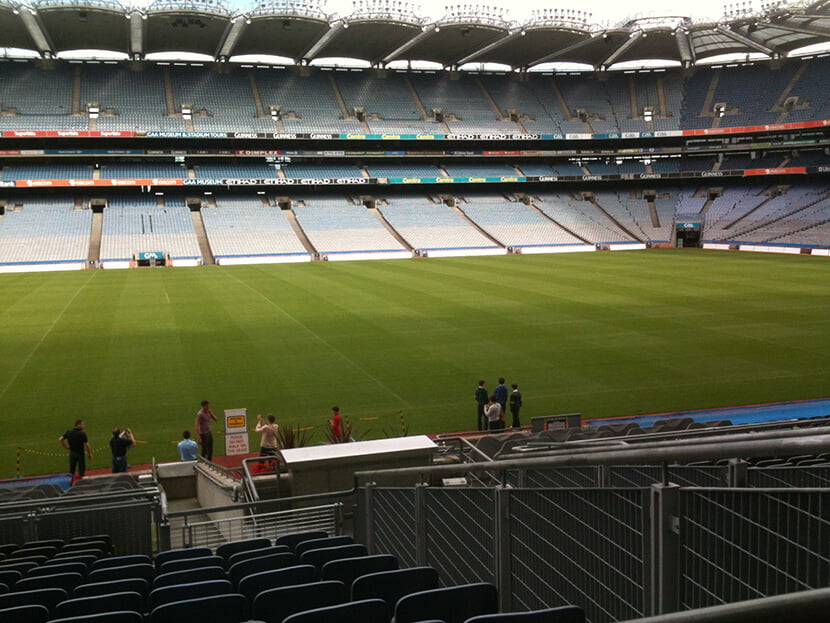 The GAA (Gaelic Athletic Association) pride themselves in not only representing millenia-old Irish traditions and enriching Irish sport to a height never seen before, but also by highlighting how unlike English soccer it is – or any sport where over-paid, dishonourable and questionably loyal athletes think only of the ‘I’. Athletes of Gaelic Games don’t get paid. They play for honour. The honour of their county (the teams are based on Irish counties, as well as New York and London teams), and because you can’t change where you were born, you can’t change team. Even if you never play at the majestic Croke Park, wearing your county’s jersey is honourable enough. A jersey without your name – the county is your name now.

Ah, yes but they’re amateurs, wouldn’t they be better if they were paid, like real professionals? Not necessarily. Every year, Ireland and Australia play a series of tests in a game that is a mix of Gaelic Football and Austrialian Football or Aussie Rules. The white, skinnier, yet more tenacious Irish amateurs have beaten the tanned professionals more often than they’ve lost. And speaking of comparing it to another sport: soccer players run an average of 8-9km in 90mins, Gaelic players run 14-16km in 70mins; Gaelic players don’t cry on the ground unless they really are injured (it ain’t no non-contact sport either), or else the referee gives THEM card; and the fans mix peacefully in the seats. 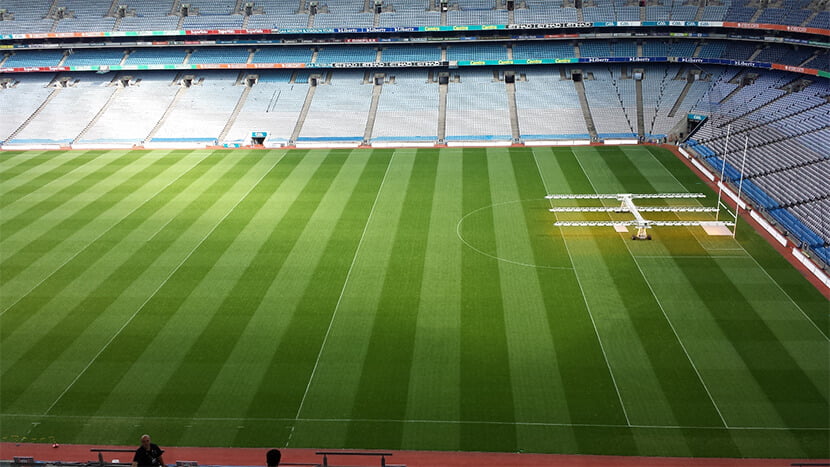 If you had lost your belief in sport, Gaelic Games may be your faith rediscovered. For active children and sports enthusiasts, Croke Park and Gaelic Athletic Association provide an opportunity to try themselves in a game of hurling or Gaelic football, and a special Junior Explorer tour highlights the best of Irish sporting history in a cool interactive way.